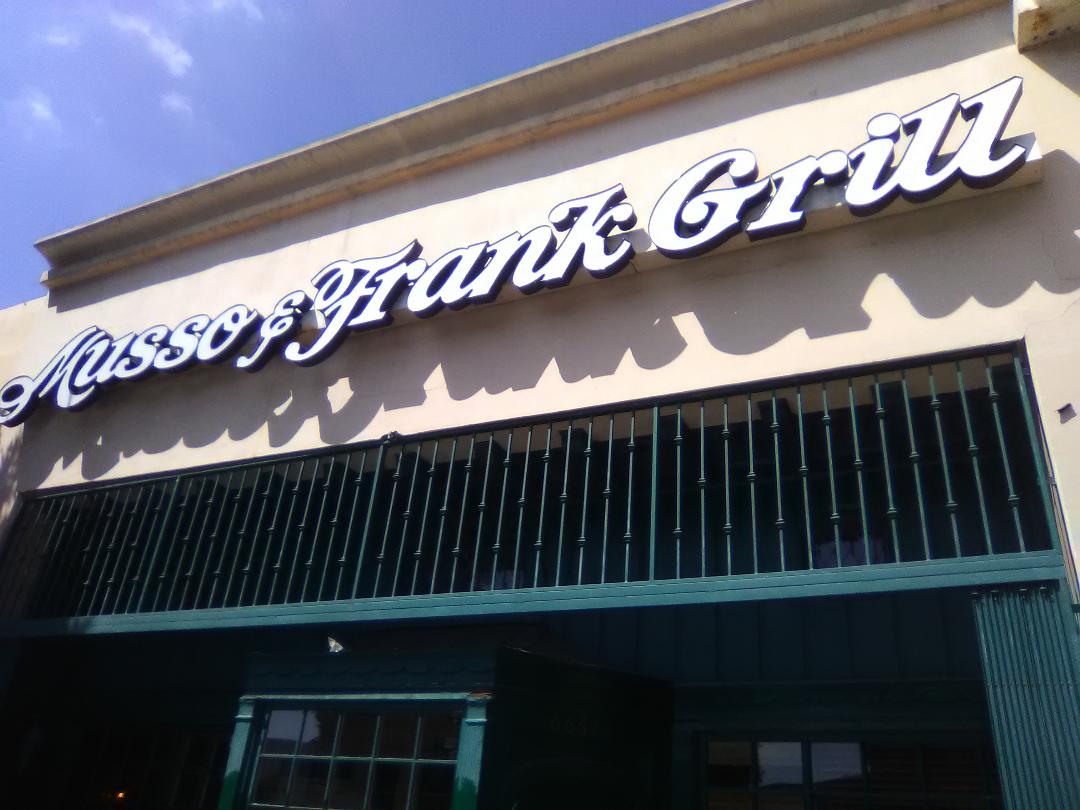 The oldest restaurant in Hollywood and a part of Hollywood history , Musso & Franks will re-open its doors for dinner on Thursday, May 6, 2021.

Like with other restaurants in Los Angeles and around the country, Musso & Frank closed its doors due to
COVID-19 and will reopen after a year.

Opened over 100 years ago on September 27, 1919 by Frank Toulet as Frank's Cafe located at 6669 Hollywood Boulevard.
Frank later went into business with Joseph Musso and renamed the restaurant Musso & Frank's Grill.

Musso & Franks was the place to be. It had the first pay phone installed in Hollywood. During the Golden Age of Hollywood,
it was a place for movie stars like Rudolph Valentino, Charlie Chaplin, Greta Garbo, Humphrey Bogartand others were regulars.

The Screen Writers Guild was located near Musso and would become the place that authorsm who were recruited
to write Hollywood studios' next best script, would hang-out. Authors like Max Brand, T.S. Elliot, Aldous Huxley,
John O'Hara, Dorothy Parker and John Steinbeck.