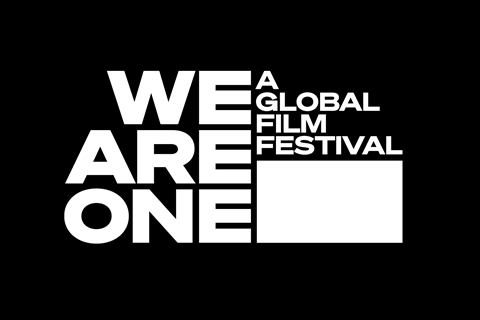 The corona virus COVID-19 has turned the film industry upside down and has caused the cancellations of film productions, screenings, premieres and film festivals around the world.

To bring much needed entertainment through film to the world and help with the desperate needs of humanity during this pandemic, global film festivals have come together to establish We Are One: A Global Film Festival that will be screen exclusively on YouTube May 29 – June 7, 2020.

This free 10-day film festival gives viewers an opportunity to support COVOD-19 relief efforts by donating from the film program pages. The funds will go to WHO (World Health Organization, UNICEF, UNHCE, Save the Children, Doctors Without Borders, Leket Israel, Go Foundation, Give2Asia and more organizations.

There are films for everyone to choose from that include action and adventure, Romance, Drama, animation, comedy, documentaries, music, activism and socialism, fantasy and experimental.

The screening schedule lists the time for the first showing for each film. There will be additional showings as well as most films going to VOD.

View the schedule for We Are One: A Global Film Festival film at  http://www.weareoneglobalfestival.com/schedule

We Are One: A Global Film Festival on YouTube at http://www.youtube.com/weareone 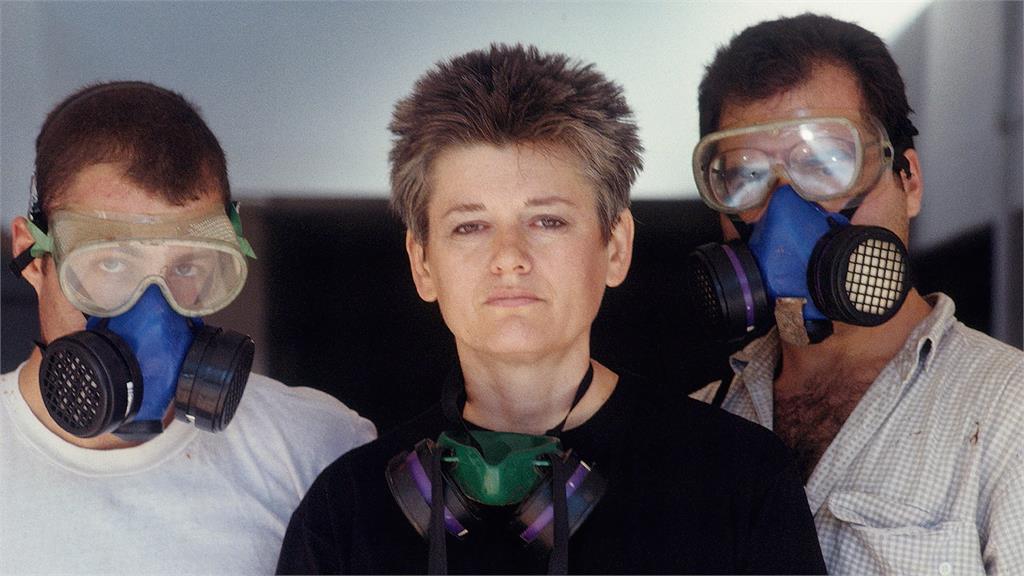 URSULA VON RYDINGSVARD: INTO HER OWN is an artistic biography of one of the few women in the world working in monumental sculpture. Von Rydingsvard’s work has been featured in the Venice Biennale and is held in the collections of some of the world’s great museums, including New York’s Museum of Modern Art, the Art Institute of Chicago, and the San Francisco Museum of Modern Art. But she may be best-known for her staggering, triumphant body of work in public spaces – imposing pieces painstakingly crafted with complex surfaces including: a series of early installations reminiscent of wings in what became New York’s Battery Park; a monumental yet inviting piece outside Brooklyn’s Barclays Center and the stunning “Scientia” at M.I.T. which evokes the power of nature and the firing of brain synapses.

In Daniel Traub’s intimate documentary, he goes behind the scenes with von Rydingsvard, as she and her collaborators – cutters, metal-smiths, and others – produce new work, including challenging commissions in copper and bronze. The film also delves into the artist’s personal life, and how it has shaped her work

URSULA VON RYDINGSVARD: INTO HER OWN

Born in Poland during the Second World War, she was partly raised in a displaced persons camp and came to the US as a refugee with her nine-person family. Brought up in a blue-collar environment, she became a teacher and then, as a single mother, moved to New York in the 1970s to take up her artistic practice full-time.

Interviews with curators, patrons, family, fellow artists (including luminaries such as artist Sarah Sze and museum director Adam Weinberg), as well as the artist herself, are intertwined with studio visits and behind-the-scenes footage of her mammoth creations being installed. All combine to show how, through sheer talent and determination (and countless planks of cedar), she has become one of the world’s greatest artists (and one of a very few women) working in monumental sculpture.

DANIEL TRAUB is a New York-based filmmaker and photographer. He lived in China from 1998 to 2007, working as cinematographer on documentary films for various networks and production companies, including PBS, German television ZDF and Arte. More recently, Traub directed the feature-length Barefoot Artist about Lily Yeh and her collaborative artworks in war-torn communities and Xu Bing: Phoenix about the condition of Chinese migrant laborers.

Traub’s photographs have been exhibited internationally, including solo exhibitions at the Catherine Edelman Gallery in Chicago, Slought Foundation in Philadelphia and the Lianzhou Foto Festival in China. His work can be found in public and private collections, such as The Margulies Collection at the Warehouse and San Francisco Museum of Modern Art.

ABOUT THIS RELEASE
The virtual theatrical release of URSULA VON RYDINGSVARD: INTO HER OWN supports local theaters, museums and arts organizations across the U.S. and Canada. Participating organizations receive a branded page and have no overhead costs in these presentations. The ticket price is $9.99 for a 48-hour streaming period. Of the proceeds, 50% benefits the presenting organization.

ICARUS FILMS
Since 1978, Icarus Films has been a leading distributor of documentary films in North America. Icarus Films meets the needs of activists, educators and service providers, challenging audiences with original creative works.

View the trailer below: 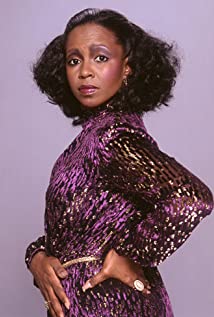 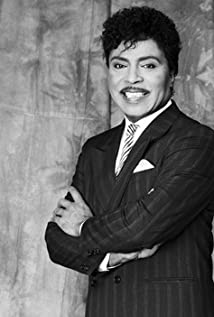 On May 9, 2020, the world lost one of its most significant musical icons, Little Richard.

Born Richard Wayne Penniman in Macon, Georgia, “Little Richard” became a household name with the success of his hit songs, “Tutti Frutti” , “Long Tall Sally and “Rip It Up”

Known as The Innovator, The Originator, and The Architect of Rock and Roll, his flamboyant stage costumes, screaming vocals and over-the-top piano playing, make-up and hairstyle made Little Richard a dynamic musician who was able to crossover and bring people of all races in as his fans. Because he had such a diverse fan base , his concerts were successful in stopping segregation because everyone came to see him perform.

He was a major influence on Elvis Presley who covered at least four of his songs and on soul and funk, rhythm and blues, rock and hip hop music. In addition to Elvis Presley, his music was covered by Jerry Lee Lewis, Buddy Holly, Eddie Cochran, The Everly Brothers, Bene Vincent and Bill Haley.

Little Richard was inducted into the Rock and Roll Hall of Fame, the Songwriter Hall of Fame and received a Lifetime Achievement Awards from the Recording Academy and Rhythm and Blues Foundation.

The Beatles opened for Little Richard as well as The Everly Brothers, the Rolling Stones and Bo Diddley. In 1964, famed guitarist, Jimi Hendrix joined his band the Upsetters.

According to Johnny Otis, R&B icon, “Little Richard is twice as valid artistically and important historically as Elvis Presley, the Beatles, and the Rolling Stones put together.”

He leaves his only child, his son Danny Jones Penniman. 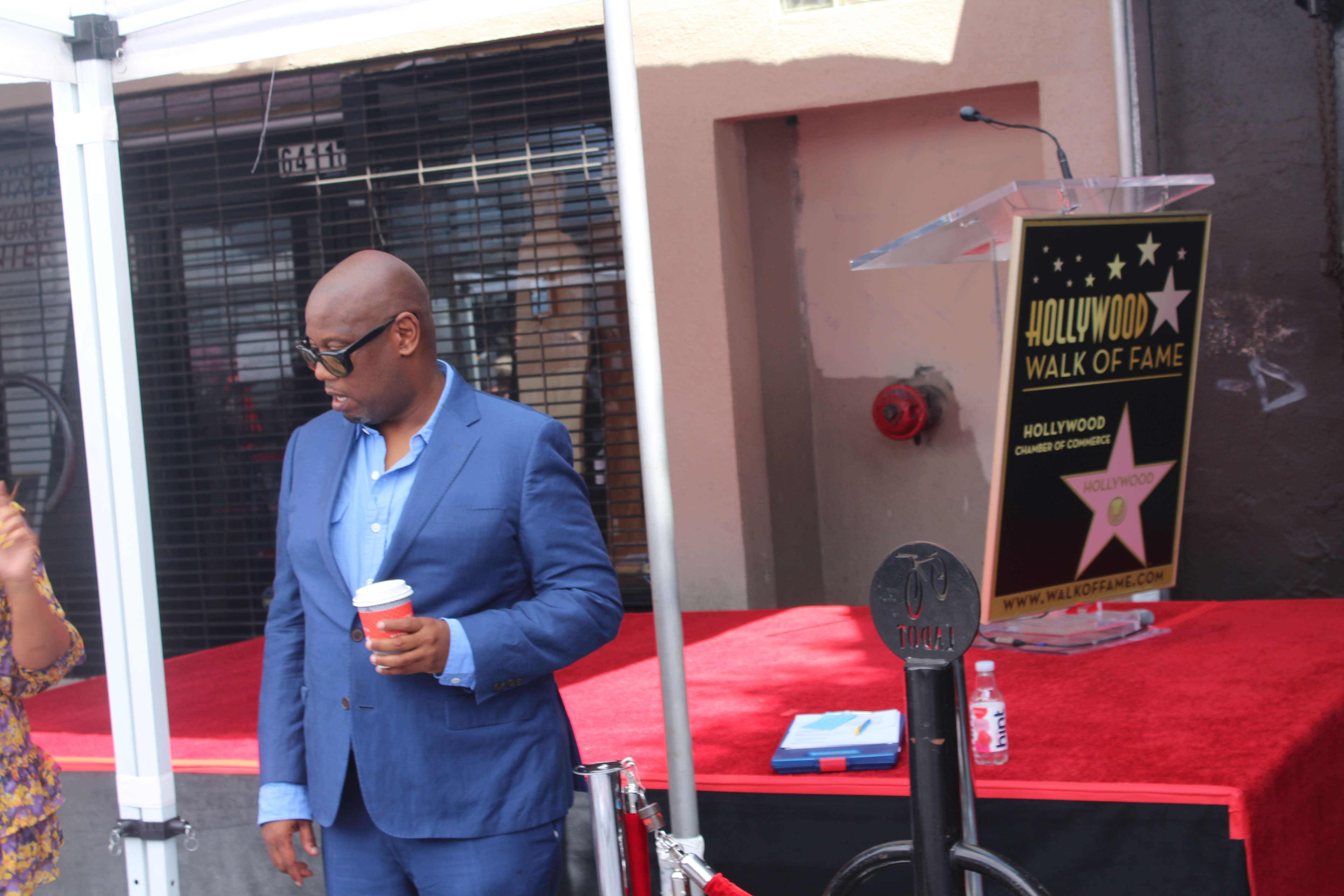 Harrell, a man that knew the music business from front and back as an Artist in the music duo Dr. Jekyll and Mr. Hyde and as an industry executive when he worked with Russell Simmons at Def Jam Records as its Vice President and general manager.

Harrell eventually left Def Jam to start his own music label, Uptown Records, in 1986. It is at Uptown where Harrel hired Sean “Diddy” Combs as an intern. Not only did this hiring lead to the start of Diddy’s mega successful career but also to the long-lasting careers of Mary J. Blige, the first successful solo Uptown artist, Heavy D and the Boys, The Lost Boyz, Anthony Hamilton, Al B. Sure, Jodeci, the Notorious B.I.G., Teddy Riley and Guy. He launched the career of Robin Thicke while at Nu America Records. He executive produced Robin Thicke and Pharrell’s mega hit song “Blurred Lines.”

His career path includes the 1995 position as CEO and president of Motown and founder of the Nu America advertising agency. Harrell came full circle in his relationship with Diddy when he became Vice Chairman of Diddy’s Revolt TV and Media.

He also experienced success in the TV and Film industry. He created and produced the highly successful tv show “New York Undercover” starring Malik Yoba and gave Halle Barry her first lead role in Strictly Business and the same is true for Jessica Alba in Honey.

Andre Harrell was a major force in the early days of Hip Hop and was able to seamlessly merge Hip Hop with R&B, a style of music that continues to endure.

He leaves his only son, Gianni.