Hulu has added JACINTA, a powerful and intimate documentary from ABC News and Impact Partners, to its Originals slate. The film follows a young woman who struggles to find stability amid years of addiction and reconnect with the daughter she left behind, JACINTA earned its director, Jessica Earnshaw, the award for Best New Documentary Director at the 2020 Tribeca Film Festival. It has continued an impressive festival run at DOC NYC, AFI Fest, IDFA, the Hot Springs Documentary Film Festival (Best Documentary), and more. The Hulu Original Documentary will premiere on Hulu and in select theaters on October 8 and will be eligible for awards consideration this season. 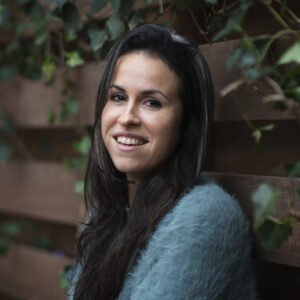 Shot over three years, the film begins at the Maine Correctional Center where Jacinta, 26, and her mother Rosemary, 46, are incarcerated together, both recovering from drug addiction. As a child, Jacinta became entangled in her mother's world of drugs and crime and has followed her in and out of the system since she was a teenager. This time, as Jacinta is released from prison, she hopes to maintain her sobriety and reconnect with her 10-year-old daughter, Caylynn, who lives with her paternal grandparents. Despite her desire to rebuild her life for her daughter, Jacinta continually struggles against the forces that first led to her addiction. With unparalleled access and a gripping vérité approach, director Jessica Earnshaw paints a deeply intimate portrait of mothers and daughters and the effects of trauma over generations.

“A searingly honest portrait of kinship and addiction… A hard-hitting and heartbreaking documentary… In a playing field usually occupied by men, the fact that
‘Jacinta’ focuses on three generations of women whose lives have been
upended by drugs and crime makes it a rare study.”
– Jordan Mintzer, The Hollywood Reporter

“[A] gripping, characterful doc debut… remarkably engrossing… As a
snapshot of relapse, recidivism and remorse in a dead-end mill town in
Maine, ‘Jacinta' is perceptive and persuasive." – Jessica Kiang, Variety

"A profound meditation on the troubling intersection between addiction and incarceration… Overflowing with humanity… Earnshaw has made a deeply emotional and poignant film on the personal, familial horrors of addiction.” – Christian Gallichio, The Playlist