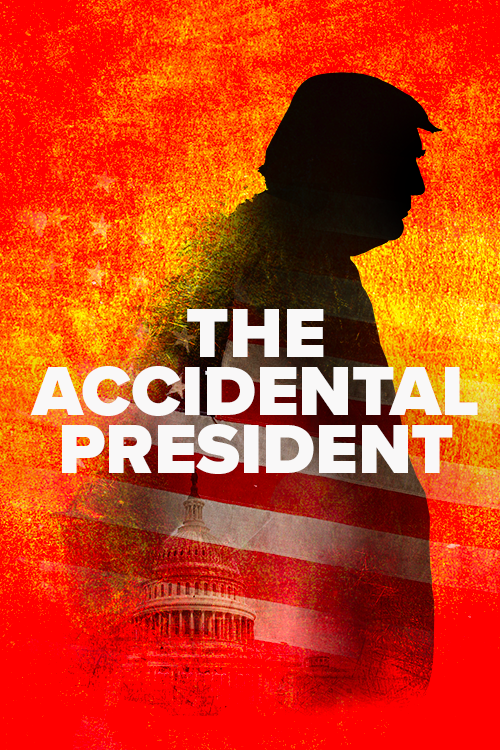 As America began to try and come to terms with the surprising (and for many voters, horrifying) results of the presidential race of 2016, the subsequent rapid-fire speed of events and jam-packed news cycles meant that nobody would ever have the opportunity to truly and properly reflect on what exactly just happened -- and how did it?

Directed and produced by British filmmaker/journalist James Fletcher, THE ACCIDENTAL PRESIDENT uncovers a detailed play-by-play from all angles on how it all went down, the state of America that led to the results, what the electorate was really motivated by, and how a former reality show host with an elevated understanding of the media and entertainment was able to connect with voters from all walks of life and stage a takeover of Washington D.C. -- whether he meant to or not.

Featuring an impressively diverse and balanced set of fascinating interviews from both sides of the aisle, THE ACCIDENTAL PRESIDENT is an educated examination of the most controversial election in modern history, and one that every future campaign - most notably the one currently in play - should study with an electron microscope.

THE ACCIDENTAL PRESIDENT will be screening in limited U.S. theaters beginning Monday, June 21, 2021, and will be coming soon to Starz.