Your Choices Will Determine Your Destiny

Writer and Director, Qasim Basir’s drama DESTINED travels the two parallel life of Rasheed/Sheed (Cory Hardrict) as he navigates through the inner city and corporate boardrooms.

Set in Detroit and filmed in the Motor City, the film provides an ideal backdrop to the violent and gritty life on the streets for Sheed, as he hustles his way to the top in the drug world and becomes a kingpin and for Rasheed, working as an architect in the city that gave us motor vehicle, wit6h his professional hustles up the corporate ladder.

Alternating back and forth between the two distinctly different stories can sometime be a challenge to keep up with, yet Basir does make an effort to provides assistance with understated changeovers as Rasheed pursues his goal of corporate dominance with a project that will have a major impact on the people he knows that still live in the hood and call it home and Sheed’s life on the street.

In addition to the great dual performances by Hardrict, you have Officer Holder/Dylan Holder (Jesse Metcalf), Officer Miller/Nathan Miller (Jason Dohring, who two characters add to the intrigue that is woven between Sheed and Rasheed’s world. Mayor Jones (Hill Harper) gives voice to the community that will be impacted by the gentrification of the projects being pursued by Rasheed. The issue of gentrification plagues far too many communities in America. Most of the people effected in these communities are the most vulnerable population who are unable to afford the cost of living in a place the called home. Giselle Porter, a girlfriend from the past (Zulay Henao) brings further drama.

Watching the lives of Sheed, an successful drug dealer and Rasheed, an equally successful architect, brings to mind a number of former drug dealers that have used their innate understanding of running a business that includes marketing strategies developed on the streets slinging dope, who have transferred their important skill set to lawful and very lucrative careers in entertainment. It makes me wonder how many more young men, given the opportunity, could transfer their skills learned on the street for good causes. It is certainly something worth thinking about.

DESTINED is a unique perspective on how the decisions we make in life, especially in our youth, can determine the path that is before us. A good film to see.

Be Careful About the Advice You Give, You Never Know Who’s Listening

Committed to his DJ at a local Atlanta radio station, Tony Sinclair (Cisco Reyes) strives to build on his career in director Damon Jamel’s Last Night A DJ Saved My Life.

Opening the phone lines to his audience for a call-in, Tony is asked for relationship advice for a female caller. His advice to Robin (Jasmine Burke), “If it’s not working, then leave.” When you are a DJ you never know who’s listening and to his surprise his girlfriend  Christine calls in and breaks up with him in the most humiliating way possible.

People often stay in relationships longer than they should. It shows the importance of having your partner’s support your aspirations and goals. Robin is not the only one who takes this advice to heart. A fantastic job taking the title of a song and creating a story line that is true to form to the title. The fame and success he craves as a DJ in Atlanta.

The challenges relationships face when not in agreement with goals and aspirations. Frustration of supporting a boyfriend financially while he pursues his career as a DJ. A career that he is struggling and determined to achieve.

Damon does a fantastic job taking the title of the song and a story line that is true to its inspirational title, because Tony truly does save Robin’s life.

Filmed on location in the Hollywood of the South, Atlanta, GA and add in all the musical talent in the region, you get to listen to some great music. An enjoyable film with great music.

Film Review: WHILE I HOPE, I BREATH: BAKARI SELLER
By Yevette Renee Nelson

Age is literally just a number when it comes to the political rise of Bakari Sellers who connects with the residents of South Carolina to win election at 22 years of age.

Director Emily Harrod’s documentary, “While I Hope, I Breath” trails Bakari Sellers. A young, gifted and black man, who became the youngest politician ever elected to a statewide office in South Carolina, after defeating his rival, a 26-year incumbent. He went on to represent the 90th district in South Carolina’s state legislature.  He vacated his seat to run for Lt. Governor in 2014 and lost to Republican challenger McMaster. He went on to become the First Vice Chairman of the state’s democratic party.

Prior to getting into politics, he graduated from Morehouse, a historically black, all male private liberal arts college in Atlanta, Ga and received his law degree from

Homage is paid to the 50th Anniversary of the Orangeburg Massacre at the annual Smith-Hammond-Middleton Memorial, named after the three black male protesters who were killed by South Carolina highway patrol officers in February 1968 at South Carolina State.  An additional 2 dozen people were also injured including Bakari’s father Cleveland Seller, a professor and civil rights activist.

The violence  perpetrated on the black community of South Carolina was brought full circle when Sellers acknowledged his good friend, and fellow state congressman Clementa C. Pinckney and eight others were murdered during bible study at the Charleston’s Mother Emanuel AME Church in 2015.

A documentary that gives an open and honest look at Bakari Sellers young life, including his videotaped DUI stop that was leaked.

The documentary is a great way to get his story out, on his own terms. It is apparent as he is getting his story during his meet and greets with supporters and potential voters, that his strong support with African American women is largely responsible for his elections victories. The support of African American women in the 2020 election will also determine who wins the presidential elections.

You know you are in good company when President Barack Obama gives strong words of support. Obama refers to Sellers as “up-and-coming” with an impressive political future, not only behind him, but ahead of him too. 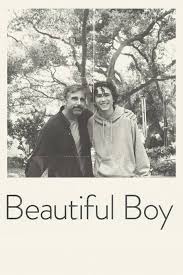