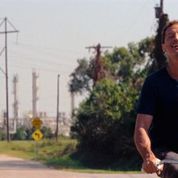 ROCKET (A24), whose director, Sean Baker, will be honored with the prestigious Golden Key Award for Excellence in Filmmaking, along with JOCKEY (Sony Pictures Classics), starring Clifton Collins Jr, which will also see its director, Clint Bentley, honored with the inaugural Golden Key for Breakthrough Florida Filmmaker. 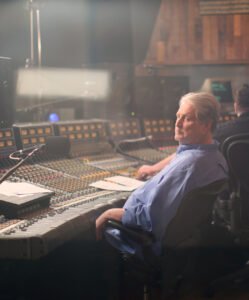 The star studded spotlight films will be joined by the previously announced RED Also as previously announced, BRIAN WILSON: LONG PROMISED ROAD, will open the festival on November 17 at an outdoor screening under the stars at the Key West Amphitheater. The film will be preceded by the short film BLONDIE: VIVIR EN HABANA, about the celebrated artist’s recent concert in Cuba.

This year’s LGBTQ films, programmed with the assistance of Eugene Hernandez, Director of the New York Film Festival, and Brian Brooks of Cinetic Media, include GREAT FREEDOM, winner of the Jury Prize for Un Certain Regard at the Cannes Film Festival, the Cold War forbidden love story FIREBIRD, and BOULEVARD! A HOLLYWOOD STORY, chronicling the love triangle that resulted from Gloria Swanson’s attempts to adapt “Sunset Boulevard” into a musical and directed by Jeffrey Schwarz, which marks his fourth film to play at the festival (I am Divine, Tab Hunter Confidential, The Fabulous Alan Carr).

Documentaries take center stage at the festival this year, which each film featuring a live appearance or event. Award-winning director Penny Lane (Our Nixon, Nuts!, Hail Satan!) will appear with her newest film, LISTENING TO KENNY G ; multiple Gotham Award and Cinema Eye Award nominee Douglas Tirola comes to town with his Leonard Bernstein film, BERNSTEIN’S WALL; Danielle Kummer will cross the pond to appear with ALIEN ON STAGE, about a small town musical of the sci fi classic Alien, and KWFF will host a special wine tasting after the screening of BLIND AMBITION, which follows Zimbabwe’s first team to compete in the international wine tasting tournament. 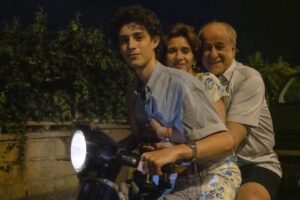 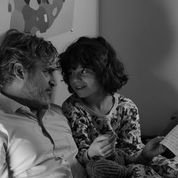 KWFF 2021 will host additional outdoor events at the Lawn at The Perry Hotel, where a special sing-along edition of the 20th Anniversary of the 2001 film MOULIN ROUGE will be screened along with Eric Clapton’s latest concert film, ERIC CLAPTON: THE LADY IN THE BALCONY. The Perry will also screen a collection of boundary pushing short films prior to a Welcome Party for visiting filmmakers and VIPs on Thursday, November 18.

Florida gets its moment in the sun with an all-day Florida Focus on Sunday, November 21. A collection of award-winning shorts from Key West High School’s Conch 5 Studios – who recently sent NINE films to the National High School Student Film Awards – will be screened in the morning, followed by the 15thanniversary screening of Florida Filmmaking legend Billy Corben’s COCAINE COWBOYS. Corben will participate in a discussion following the screening. The award winning Miami-produced feature LUDI will also screen at the festival.

The festival shines on an Alumni spotlight on Nell Teare’s BOLIVAR. This is her first feature after having won numerous awards for her short films at the festival.

The shorts programs and Florida feature films were curated from over 1000 submissions, with entries from nearly all 50 states and dozens of countries.

Returning programs this year include the 7th annual Critics Panel, in which top film critics will join both in person and virtually Zoom to cover the seismic changes in the industry this year; the sixth annual Golden Key for Excellence in Costume Design awarded to Paul Tazewell for his work in WEST SIDE STORY, making KWFF the only such festival to annual honor this art; Kibbitz with Critics series, in which the curating critic shares one of their favorite films from the last year over brunch. Aguilar will present the charming immigration story LIMBO; and the presentation of the prestigious Critics Prize, given each year to one film across the program as decided upon by participating critics. Past critics have included Kenneth Turan, Jen Yamato and Justin Chang of the Los Angeles Times, Ann Hornaday of the Washington Post, Eric Kohn of Indiewire, Emily Yoshida of New York Magazine, David Fear of Rolling Stone, Joshua Rothkopf of Time Out New York and Amy Nicholson of KPCC-LA’s Film Week.

Founder and Chairman of Key West Film Festival Brooke Christian commented: "Commemorating 10 years of the Key West Film Festival is an exciting mile marker! Bringing the best in cinema to the Keys has been a great privilege. The founding principles of KWFF continue to shine brightly in 2021. Focusing on talent homegrown in Florida has been a hallmark throughout the festival’s history. From celebrating the art of Key West students to the accomplishments of a Bill Corben, to a breakthrough director like Clint Bentley, the state will leave a huge footprint on KWFF 2021. The 10th Anniversary will not only feature our best Florida lineup yet, but many of the year’s most acclaimed LGBTQ selections, documentaries, and feature films. It’s so exciting to head to November knowing the many gems that lay ahead for people to discover.”

Films that have been showcased in the last five years of the festival have amassed over SIXTY FIVE Academy Award nominations - five of which were for Best Picture - and 15 Oscar wins, including two for Best Picture (Spotlight and Shape of Water ).