The award winners for the 10th annual Key West Film Festival were presented Saturday evening, November 21, with many awardees in attendance. 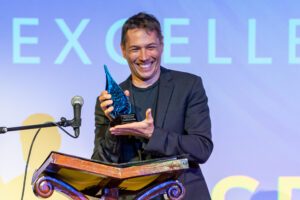 The feature film winners were as follows: 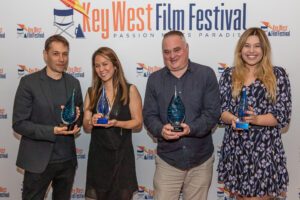 The short film winners were as follows:

This marks the first year that a non- English language film took home the Best Narrative Feature Award. All feature awards are audience based, except for the KWFF Critics Award, which is voted on by a jury of critics including Carlos Aguilar of the Los Angeles Times, Josh Rothkopf of Entertainment Weekly, David Fear of Rolling Stone, Tomris Laffly of Variety, Shirrel Rhodes of the Key West Citizen, Eric Kohn of Indiewire and Monica Castillo of Colorado NPR.

Films that have been showcased in the last five years of the festival have amassed over SIXTY FIVE Academy Award nominations - five of which were for Best Picture - and 15 Oscar wins, including two for Best Picture (Spotlight and Shape of Water).