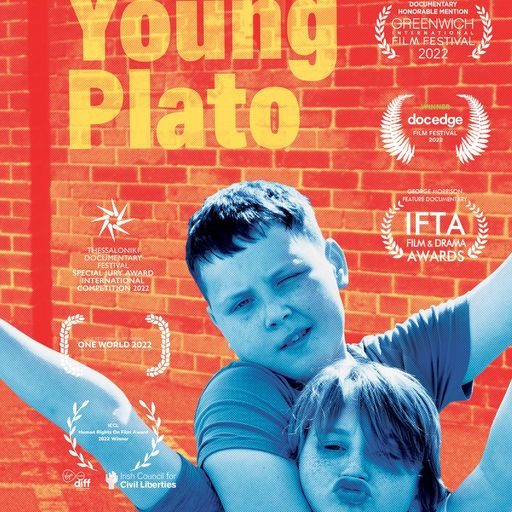 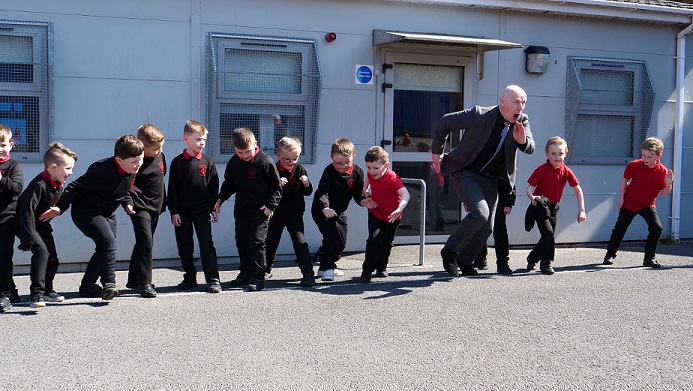 At Holy Cross Boys School in Belfast, Northern Ireland schoolyard conflicts are resolved at the Philosophy board where the youngsters learn to reason and think for themselves. School Principal Kevin McArevey, a Stoic who sings along to Elvis Presley, is rocking the status quo by teaching Philosophy to students in a community plagued by urban decay, sectarian violence, poverty and drugs. In an atmosphere of deep caring and support, his students learn new ways to manage their emotions based on Ancient texts. YOUNG PLATO  deftly addresses the social division and intergenerational trauma of a city divided by Peace Walls where "the troubles" are more than a memory in a story filled with the mischievous charm of young boys learning to question the mythologies of war and violence.  "Young Plato" shines a positive light on contemporary Northern Ireland, offering a model for building a culture of peace in these troubling times.

Declan McGrath (Director) is a Belfast based filmmaker and a Director of the feature documentary YOUNG PLATO. Declan is also the Director of the award-winning 'Lomax in Éirinn ' (TG4) which screened at festivals worldwide and 'Mary McAleese & The Man Who Saved Europe  '(RTE, BBC).  He has written two books on the craft of filmmaking (Screencraft: Editing & Post Productions and Screencraft: Scriptwriting), both translated into 5 languages. He is also a regular contributor to the New York film journal Cineaste. Additional directing credits include:  'My Struggle For Life,' Tír Eoghain: The Unbreakable  Bond’ 'Women Of The Oireachtas.”