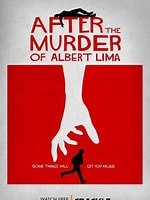 Director Aengus James' emotionally, compelling story, with a good dose of humor, "After the Murder of Albert Lima" is about the long journey of Paul Lima, who's love and commitment to his father, Albert Lima, brings him to Honduras to find justice for his murder.

Paul was just 20 years old when his father was murdered in 2000 and spent 13 years traveling to and from Honduras. A country with corruption, police pay-offs and every man for himself as the norm and . Despite all these dangers, Paul moves full steam ahead.

Enlisting the expertise of two bounty hunters, Art Torres and Zora Colakovic, to help him bring his father's murderer justice, the three of them travel to the island of Roatan, Honduras.

Paul said, " I am the lead investigator in my father's murder".

His master plan was to drug Oral, his father's murderer  kidnap him to bring him to the mainland of Honduras. Just listening to their discussion about the plan, shows Paul's desperation. Fortunately, he has the real life experiences of Art and Zora to help keep him grounded in the realities of life and crime in Honduras.

No one is in a hurry and things move very slowly on the island that presents a huge challenge for him. His conviction to bringing his father's murderer justice is a source of power and strength". After being convicted of the crime, the murderer was able to roam free, literally, which added to Paul's and his mother's misery.

Paul and his mother finally got justice and some peace.