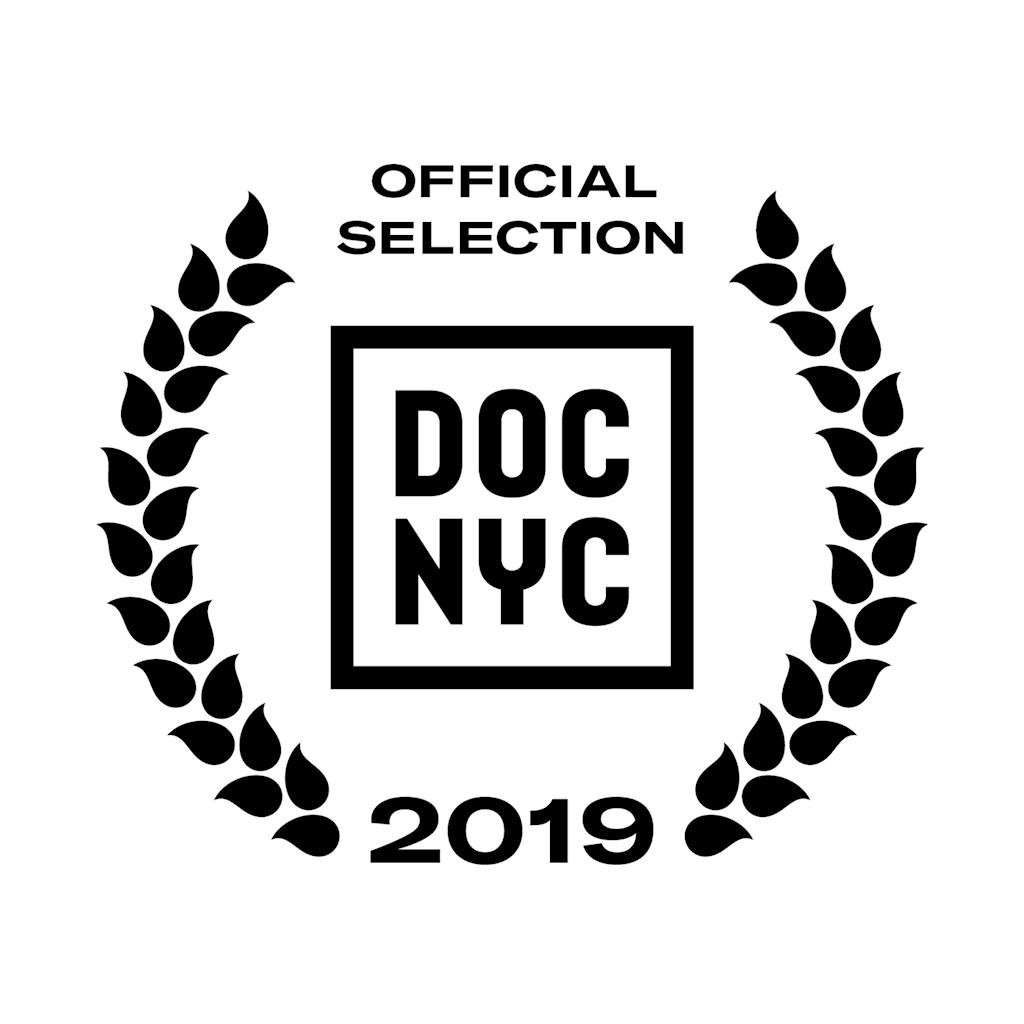 after its recent multi-city theatrical release.Timed to coincide with the 2019 centennial of his birth, IF THE DANCER DANCES is the first documentary on the subject of Merce Cunningham’s work since his passing in 2009.

IF THE DANCER DANCES will be released on VOD and all major digital platforms including  Itunes, Amazon, Vimeo, Google, Sony, and NMS on November 12, 2019.

I wanted to call your attention to Oscar nominated filmmaker Joe Berlinger’s feature documentary THE LONGEST WAVE which will have its WORLD PREMIERE at the forthcoming DOC NYC 2019 (see screening info and details below).

TALENT AVAILABLE: Filmmaker Joe Berlinger and subject Robby Naish are available for interview by request on November 13th and 14th in NYC or by request timed to premiere.

Oscar-nominated filmmaker Joe Berlinger travels the globe with legendary windsurfer and pioneering waterman Robby Naish, a 24-time world champion whose quest to master the world’s longest waves unexpectedly reveals his vulnerabilities as a competitor, mentor and father.  THE LONGEST WAVE transcends the action sports genre by capturing obstacles outside of the legendary athlete’s professional life in an intimate, cinéma-vérité style, revealing Naish balancing the pursuit of excellence at sea with the demands of life’s complications on land.

Joe Berlinger has been a leading voice in nonfiction film and television for over two decades. Films include the landmark documentaries BROTHER'S KEEPER, the PARADISE LOST Trilogy, which helped lead to the release of the wrongfully convicted West Memphis Three, as well as the Sundance-premiering psychological thriller EXTREMELY WICKED, SHOCKINGLY EVIL AND VILE, which recently debuted on Netflix.

Red Bull Films is an award-winning studio for premium scripted content and theatrical documentaries on a mission to inspire and entertain with ‘beyond the ordinary’ stories. Red Bull Films surprises through compelling and unexpected narratives, captivating characters and outstanding production value. With a portfolio of over 20 feature-length films in the last two decades, recent Red Bull Films include “The Longest Wave” (2020), “Any One Of Us” (2019), SXSW Audience Award-winning “The Dawn Wall” (2018), and Emmy®Award-winning “Blood Road” (2017).

RadicalMedia produces premium content across all media platforms. With offices in New York, Los Angeles, London, Berlin, and Shanghai, RadicalMedia is a global intra-disciplinary media company that creates and produces film, television, music programming, commercials, brand partnerships, interactive design, and digital and immersive experiences for all distribution platforms. RadicalMedia is fluent in each and every discipline of storytelling, with accolades that include Oscar ®, Emmy ®, Peabody ® and Grammy ® Awards. Embracing the future and pushing innovation, RadicalMedia is aptly referred to as Never Established. Check out the latest work on  Instagram and on  www.radicalmedia.com

Welcome to the House of Latitude, where absolute discretion is demanded in exchange for entry into a mysterious social experiment in the form of an elaborate immersive experience. Drawing a community of curiosity seekers, this secret society becomes a way of life for some, putting increasing pressure on the organizers to maintain this sophisticated and fantastical parallel world.

From the minds who inspired AMC's upcoming series Dispatches From Elsewhere, IN BRIGHT AXIOM weaves an intriguing cautionary tale about the unforeseen consequences of embracing the unknown. Followers of Meow Wolf, Sleep No More, Ingress and other immersive & augmented reality entertainment should take note.

The film also features never-before-seen discourse from the mesmerizing hip-hop polymath, RAMMELLZEE and original music by Juston Robbins, with additional songs from Isan, Tickles, and ü-Ziq.

In 2009, he became a co-creator of the Jejune Institute; a citywide alternate reality game in San Francisco that lasted three years and “inducted” over 10,000 unknowing participants. McCall took his experience working with Jejune and turned it into an award-winning documentary “The Institute.” His film is currently being remade into a series on a major television network.

TALENT AVAILABLE: Filmmaker Spencer McCall, subject Jeff Hull and other key subjects are available for interview by request and in NYC in person week of premiere.

HEALING FROM HATE: BATTLE FOR THE SOUL OF A NATION

HEALING FROM HATE examines the root causes of hate group activity through the bold work of those battling intolerance on the front lines, featuring Life After Hate, an organization founded by former Skinheads and neo-Nazis to help others exit hate groups. Documenting a stunning era of hatred in America – from Trump, to Charlottesville, to Parkland – HEALING FROM HATE follows these unique reformers in their work to de-radicalize White Nationalists, transform attitudes of intolerance, and heal communities torn apart by racism.

Peter Hutchison is a critically acclaimed filmmaker, NY Times Bestselling author, educator and activist. Based in Brooklyn, his experience in film and TV production – as a documentary director, producer and writer – spans nearly two decades.

He recently produced & directed Requiem for the American Dream: Noam Chomsky and the Principles of Concentration of Wealth and Power – an exploration of wealth inequity in American, grounded in an intimate, long-form interview with Noam Chomsky (Netflix). A NY Times Critics Pick and #1 top-selling doc on iTunes, the book version of the film debuted at #6 on the NY Times Bestseller list (Seven Stories Press).

He is currently at work on a triad of films exploring hate in America, including the feature HEALING FROM HATE: BATTLE FOR THE SOUL OF A NATION, which examines the root causes of hate group activity through the bold work of "Life After Hate" – an organization founded by former Skinheads and neo-Nazis now engaged in de-radicalizing violent extremists, and transforming attitudes of intolerance. The companion pieces Angry White Men: American Masculinity in the Age of Trump, based upon the groundbreaking work of sociologist Michael Kimmel (Grasshopper Film), and Auschwitz: Facing the Legacy of Hatred, which follows ex neo-Nazi and Holocaust denier Tony McAleer on a personal journey of atonement through the Polish death camps (currently in post), complete the trilogy.

TALENT AVAILABLE: Filmmaker Peter Hutchison, and key film subjects are available for interview by request and in NYC in person week of premiere. 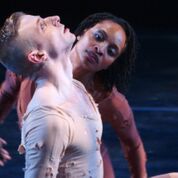 IF THE DANCER DANCES will be released on VOD and all major digital platforms including  Itunes, Amazon, Vimeo, Google, Sony, and NMS on November 12, 2019.

Viewing Links are available by request to consider review and coverage.

Filmmakers Lise Friedman and Maia Wechsler are available for interview by request timed to release.

IF THE DANCER DANCES invites viewers into the intimate world of the dance studio. Stephen Petronio, one of today’s leading dance-makers, is determined to help his dancers breathe new life into RainForest (1968), an iconic work by the legendary choreographer Merce Cunningham. With help from three members of the former Cunningham company, the film tracks Petronio’s dancers as they strive to re-stage this great work, revealing what it takes to keep a dance – and a legacy – alive. Timed to coincide with Cunningham’s centennial, IF THE DANCER DANCES  is the first documentary on the subject of Cunningham’s work since his passing in 2009.

“The dance studio is a private and mysterious place. IF THE DANCER DANCES grants us rare access, bringing us into the studio to watch the staging of a Merce Cunningham masterwork on the Stephen Petronio Company. It’s the tracking of this intimate process, a dance being passed one body to another, that makes this film a great gift.”  Mikhail Baryshnikov on IF THE DANCER DANCES

Merce Cunningham was an American dancer and choreographer who stood at the forefront of American modern dance for more than 60 years. As a choreographer, teacher, and leader of the Merce Cunningham Dance Company, Cunningham had a profound influence on modern dance and earned some of the highest honors bestowed in the arts, including the National Medal of Arts and the MacArthur ‘Genius’ Fellowship. Cunningham is also notable for his frequent collaborations with artists of other disciplines, including the musicians Radiohead and John Cage (also his life partner), as well as visual artists Andy Warhol, who did the décor for  RainForest, the dance featured in If the Dancer Dances, Jasper Johns and Robert Rauschenberg.

Cunningham’s centennial is being celebrated worldwide in 2019 with performances, installations, films and other special events to honor his legacy. 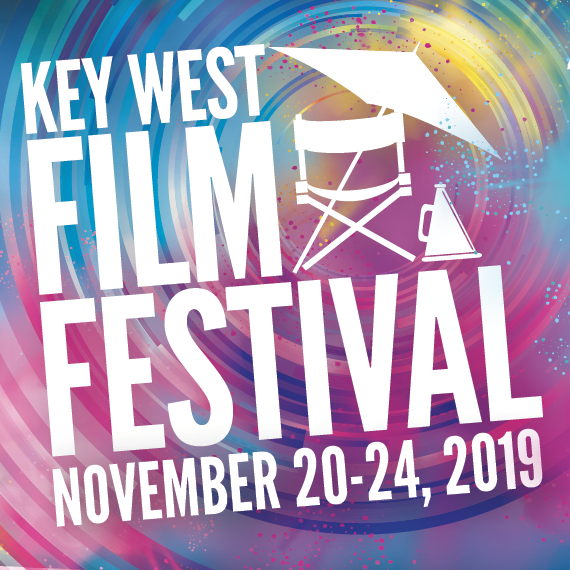 Phillips’ most recent work is on display in Sony Pictures’ and Quentin Tarantino’s Once Upon a Time in Hollywood. She has received Oscar® nominations for her artistry in Walk the Line and W.E. and multiple nominations  for BAFTA, Tony and Costume Design Guild Awards via her work in the Broadway production of Hedwig and the Angry Inch and Tom Ford’s A Single Man. The Festival will present Phillips with its Golden Key for Excellence in Costume Design award, to honor her versatile talents, which have been showcased in everything from period costume dramas to superhero blockbusters.

Phillips will also participate in a discussion of her work, to be moderated by Eric Kohn, Executive Editor and Chief Critic of Indiewire and co-host of the weekly ScreenTalk podcast with Anne Thompson.

The discussion will be followed by a screening of A Single Man on the 10th anniversary of its release as a showcase for Phillips’ work.

The Award will be presented via satellite by Dr. Deborah Nadoolman Landis. Dr. Landis, a Costume Design Governor of the Academy of Motion Picture Arts & Sciences and an Academy Award®-nominee, presented the first annual career achievement award for costume design in 2016 to Mary Zophres, who went on to receive an Oscar®  nomination for her work in La La Land, and to the last two year’s honorees, Mark Bridges, who won the 2018 Oscar® for Best Costume Design for The Phantom Thread, and Alexandra Byrne, who’s work in Mary Queen of Scots was recognized by an Academy Award nomination.

Michael Tuckman, Director of Programming of the Key West Film Festival, commented “The time and place that Tarantino captured in Once Upon a Time in Hollywood could not have been accomplished without the true artistry and beauty of the costumes that transported us all back in time and gave the film an authenticity like no other. Arianne Phillips is a master of design and we are thrilled to be able to honor and showcase her work.”

Visit kwfilmfest.com for full program information – which will be announced on October 30, along with a schedule of events and travel and lodging details. 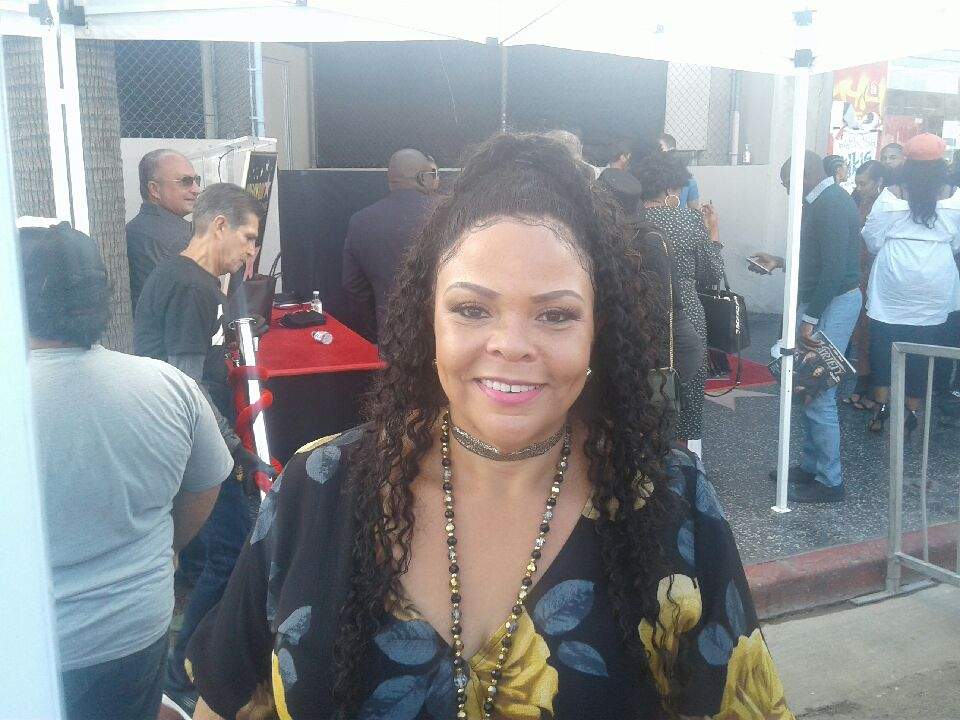 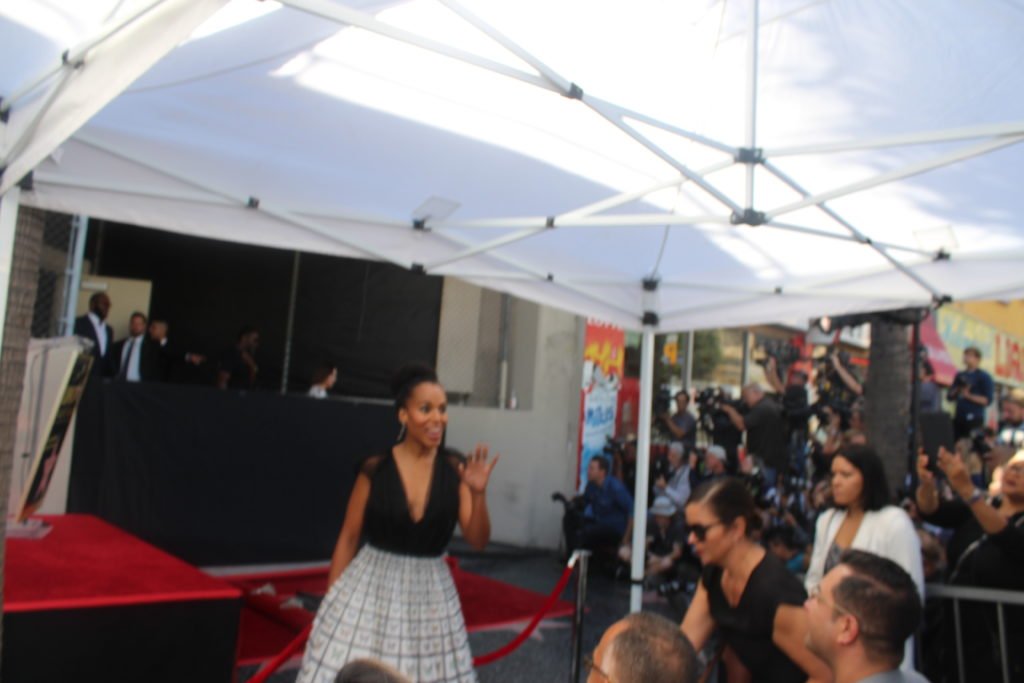 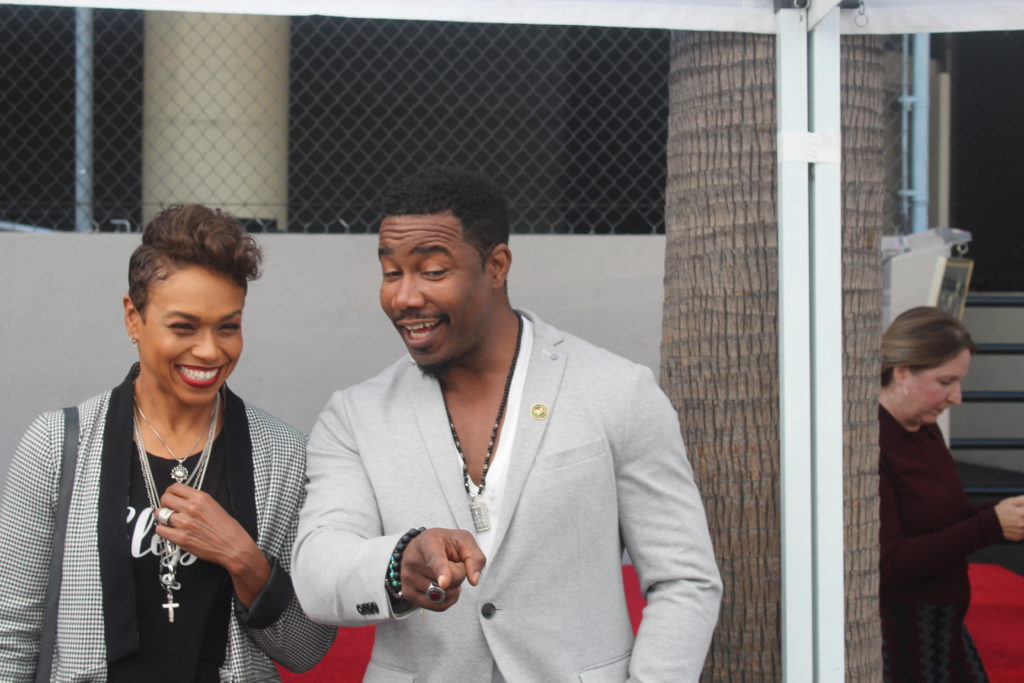 There to give their support and speak at the ceremony was Kerry Washington , who was in his film “Colored Girls” and Idris Elba, who starred in Perry’s film “Daddy’s Little Girl” and Crystal Fox, who plays Hannah Young in his OWN network show “The Have and The Have Nots.”

David and Tamala Mann, Michael Jai White, along with his wife, and the cast from his new Viacom shows, “The Oval” and “Sistas” were out in full force to support Tyler Perry.

Beginning with his first play “I Know I’ve Been Changed”, to Madea ,the hugely successful theatrical plays that became movies, to his first feature film “Dairy of a Mad Black Woman” and now being the first black person to have 100% of a movie studio, Tyler Perry Studios, where Marvel’s Black Panthers was amongst the first to be filmed at his studio.

Including music by: The Alarm, Big Audio Dynamite, Mick Jones, The Velvet Underground and many more.

It’s 1984 and outside a small-town nightclub, a group of 8th graders gather, grappling with a spate of recent suicides, UFO sightings, their absentee parents, and each other. 18 TO PARTY spans a single evening in the lives of these kids, but manages to transport us fully to a time when waiting for something to happen felt just as significant as the thing itself. Gorgeously atmospheric, with a pulsating sense of anticipation that steadily builds, the film pulls us into the fears, wounds, and desires of each character, ultimately revealing that hope may arrive from the last place we expect. The meticulously authentic production design, killer soundtrack, and universally excellent performances recall the spirit of classic 80s teen movies like Stand By Me and The Breakfast Club.

18 TO PARTY is a spot-on love letter to Gen X, awkward teenagers, and the transcendent power of friendship.

Roda is a local resident of Woodstock area and the film is set in Upstate New York.