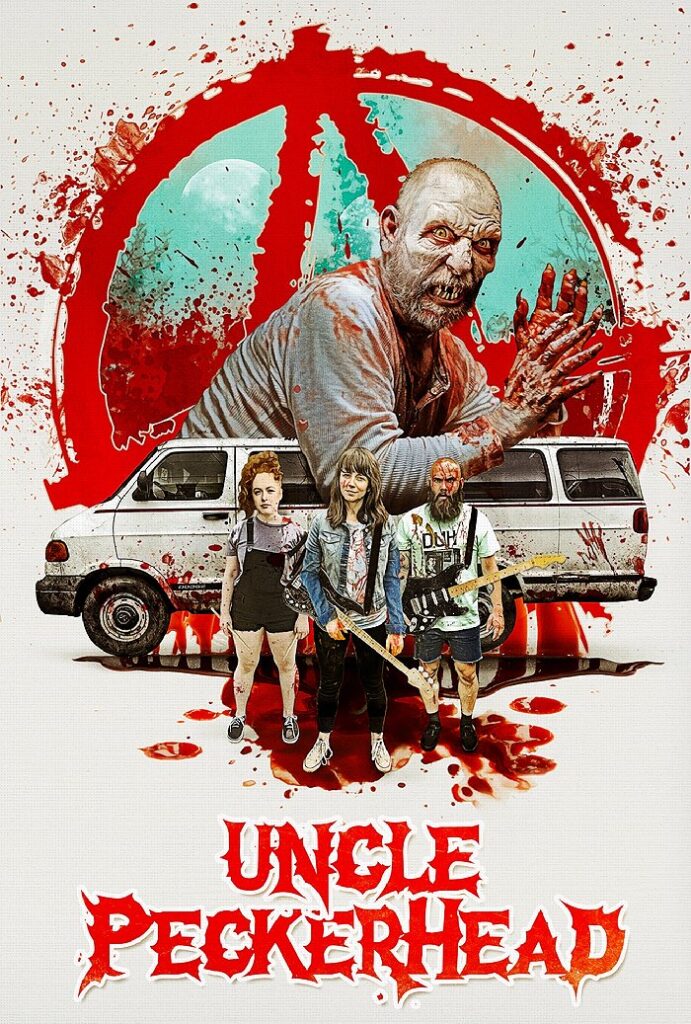 A humorous, yet gruesome take on the roadie/band narrative, UNCLE PECKERHEAD is nothing less than a Faustian gorefest, a madcap music and monster movie, and a horror-comedy with heart.

Judy, the bassist of punk-rock band ‘DUH’, dreams of traveling the world and becoming a full-time musician with her two friends, guitarist Max and drummer Mel. But when DUH’s van is repossessed hours before they’re set to embark on their first tour, desperation sets in, and Judy strikes an uneasy alliance with a redneck old-timer by the name of Peckerhead, or ‘Peck’, who offers to drive them in his van in exchange for food and gas.

One night after their first show, Peck mysteriously goes missing. Desperate to get back on the road to make their next show, Judy volunteers to look for him. Regrettably, she finds Peck devouring the brains of the promoter who ripped them off earlier. The band quickly comes to realize their new roadie is a cursed, man-eating hillbilly and the “gig life” they’ve always dreamed of is paved with nightmares and half-eaten bodies.

UNCLE PECKERHEAD celebrated its world premiere at Panic Fest in Kansas City earlier this year, where it was named among the “Best of Fest”. The film also received a Special Jury Award for Narrative Feature Film at the Calgary Underground Film Festival and Audience Choice Award at the Portland Horror Film Festival.

“Uncle Peckerhead is the type of film we don’t come across often, it’s even less often that we see a film with the word “Peckerhead” in the title. Dread couldn’t be more excited to share such a film with you, it’s a really fun ride. “ - Yulissa Morales Epic Pictures and Dread’s Director of Distribution

UNCLE PECKERHEAD will be screening in select theaters on Friday, August 7, 2020 and will be available on VOD/Digital on Tuesday, August 11, 2020.

UNCLE PECKERHEAD will be available on VOD/Digital Tuesday, August 11, 2020: