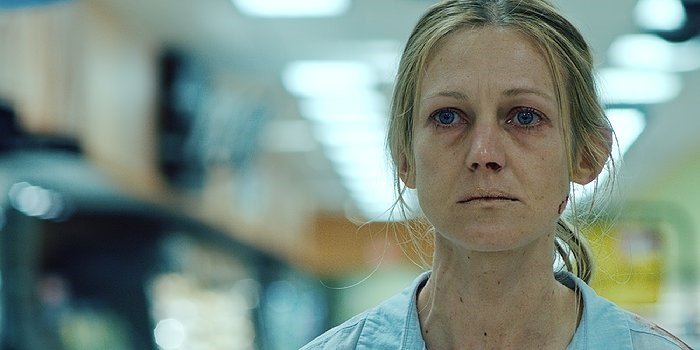 THE SWERVE tells the behinds the scenes in the life of Holly, a wife and mother seems to have it all: two kids, a nice house, a good job as a teacher, and a husband with his career on the way up. But there are troubling signs that all is not right in her world. The insomnia. The medication for the insomnia. The dreams from the medication for the insomnia. The arrival of her estranged sister and a mouse invading her home don’t help either. Add the weight of a dark secret, and her already delicate balance collapses, sending her spiraling out of control.

With her riveting and acclaimed performance as Holly, Azura Skye effortlessly crafts a portrait of a struggling mother on the edge. Writer and director Dean Kapsalis’s powerfully heart-wrenching feature debut explores a week in the life of a woman on the verge in this haunting meditation on mental illness.

THE SWERVE celebrated its world premiere at the 2019 Cinepocalypse Film Festival, and screened at the 2019 Panic Film Festival; winning both awards for Best Actress for Azura Skye. The film will be releasing on major VOD/Digital platforms beginning Tuesday, September 22, 2020.

Since the foundation of the company in 2007, CEO Patrick Ewald has grown Epic Pictures into an independent content studio with the mission of delivering the best-in-class genre entertainment “for fans, by fans.” Epic Pictures produces, finances, and distributes approximately twenty-thirty independent genre films a year.

In 2013, the company established Epic Pictures Releasing which is its US focused distribution division. In 2017, Epic Pictures acquired the world’s most popular horror website, Dread Central, and launched its unique horror label, Dread, followed by its AVOD channel, DreadTV.

In 2019, Epic Pictures started the horror gaming site, DreadXP, with a focus on editorial, reviews, podcasts, and original streaming content. In 2020, DreadXP began a video game publishing division with the launch of The Dread X Collection, an anthology of horror games in collaboration with some of the most innovative developers in the independent gaming space. https://epic-pictures.com/