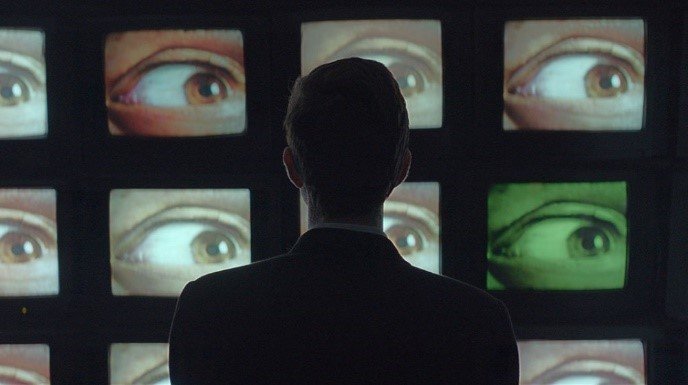 When a Government’s Line of Communications Becomes Deadly

Turkish writer and director Orcun Behram’s debut feature film “The Antenna”  tells the horrors of the slow but steady overreach of the government  in an unnamed Turkish city, where Mehmet (Ihsan Önal) is a building superintendent, overseeing the government’s installation of its new mandated communication system at his building.

Gloomy and bleak, the lives of the building’s residents are a stark reminder of what happens when a country’s government  goes in the wrong direction, similarly to what’s happening in Behram’s native Turkey under its current president, Tayyip Erdogan, who is jailing journalists and constantly eroding the freedom of the press and speech, only to replace them with authoritarian practices that puts him at odds with his other NATO members.

Cihan (Levent  Ünsal),Mehmet’s overbearing boss,  who is supportive of the government and obsessed with having a flawless antenna installation, is met with anything but  perfection when the first of many, tragedies occurs and the government’s installer falls from the roof, to his death. Most shocking was the total lack of interest and concern from the people who witnessed the installer's fatal accident.

The only person that possesses even a glimmer for something better is Yasemin (Gül Arici), who lives at home with her parents. Her hopes and ambitions are smothered by her controlling father, Firat (Enis Yildiz).

Lifeless and without joy, you realize there are not many children in the building. You do not hear their laughter or the sounds of them playing in or around the building. The families that did have children, showed just one child. It reminded me of China’s one child rule. When the government determines the number of children each family can have, this is a powerful way to control the citizens and the nation’s future population. They will not have to worry about an uncontrollable number of citizens who may one-day, rise -up against their government.

The score by Can Demirci adds the musical intensity needed in a horror film. Ismail Hakki Hafiz provides a good connection between the unnerving sounds one hears and the horrific occurrences inside the building. The editing by Burc Alatas could have been just a bit more, reducing the film’s runtime down from the 1 hour 55 minutes. Cinematographer Engin Özkaya brings the horrors to life in Mehmet’s building  and keeps the film’s grim scenes and mood going strong.

Orçun Behram does a good job of weaving strands of current repressive conditions that are steadily taking place in Turkey, into his debut film, The Antenna.  When you give serious consideration to a government overreach and abuse of power, in this day and time, it makes for a true horror film.