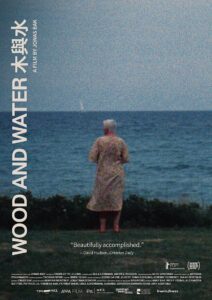 Not Even Political Turmoil Can Keep a Mother From Her Child

Anke (Anke Bak), a widow and newly retired from her job at a small church, in the idyllic Black Forest and wants to recreate , with her family, their time spent living by the Baltic Sea in Jonas Bak’s film “Wood and Water.” Things do not go according to plans, when her son Max cancels his planned trip home for their family, because of the political unrest in his new home of Hong Kong. 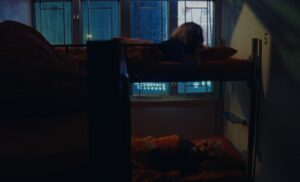 Max said he was unable to travel home, because of the protests, but the protests were not enough to stop Anke from going to see her son in Hong Kong

Bak exams the relationship of a mother as she travels to be in the company of her son and upon her arrival, begins to find herself.

Anke interacts with interesting people along her journey.  One of the most interesting is Anke’s Hostel Roommate, who said something to her, as she lay in bed, that really stood out. she said, “your story is just beginning.”

She goes on to meet the Fortune Teller (Edward Chan), the Psychiatrist (Patrick Shum), the Social Activist (Ricky Yeung) and her Hostel Roommate (Alexandra Batten). 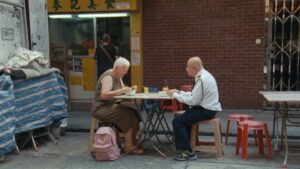 Shot in on location in Germany and Hong Kong, the noise and fast pace of life in Hong Kong compared to the peaceful setting of the Black Forest gives a stark contrast of the different environments Anke finds herself in and the impact on her life.

A good film about the value and importance of a family’s bond, love for each other and for oneself.

Brian Eno "New Space Music" gives a wonderful backdrop to sounds of life in Germany and Hong Kong. From the calm and peaceful to the vibrant and non-stop noise.