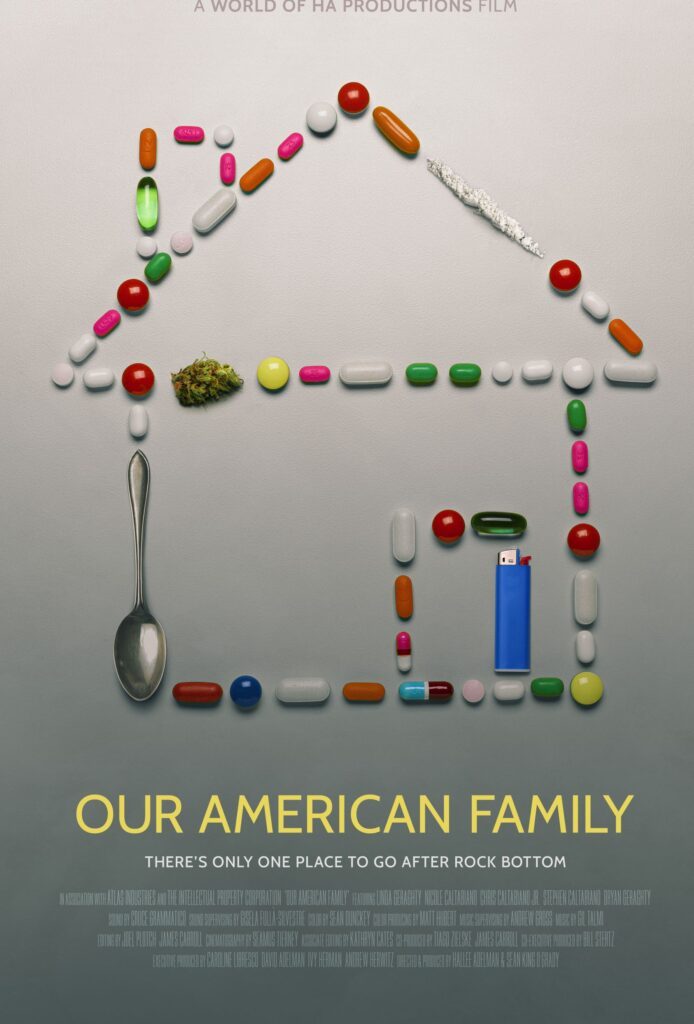 OUR AMERICAN FAMILY will be released in the US Theatrically in New York (Cinema Village), Los Angeles (Laemmle Monica) on September 2 and on VOD in the US, Canada, UK and major territories on September 6, both timed to National Recovery Month.

Addiction is an all-encompassing force, in not only of the lives of the afflicted, but also those around them. OUR AMERICAN FAMILY provides an honest, unfiltered look at a close-knit Philadelphia family dealing with generational substance abuse. Captured at a pivotal “nothing to lose” moment, for over the course of a year, five family members tired of life with addiction on center stage, each struggle to transcend their crippling histories.

What will it take to shift this entrenched, wrenching pattern in their lives? Will they be able to make significant shifts to help their next generation? The members of  OUR AMERICAN FAMILY  invite us into their lives to find hope and to explore what’s possible. Though they often falter, their familial loyalty is powerful, demonstrating how through love and dedication people can rise out of the deepest depths. For a touching, eye-opening look into one of America's most pressing crises, look no further.

OUR AMERICAN FAMILY opens in September timed to National Recovery Month, a national observance held every September to promote and support new evidence-based treatment and recovery practices, the emergence of a strong and proud recovery community, and the dedication of service providers and community members across the nation who make recovery in all its forms possible.

Giant Pictures is a leading digital distributor that partners with studios and filmmakers to release movies and series across all major streaming platforms, including Apple TV, Netflix, Tubi, The Roku Channel, Pluto TV, IMDb TV, Peacock, and more. Release your movie your way with Giant Pictures.
Learn more at:  giant.pictures.