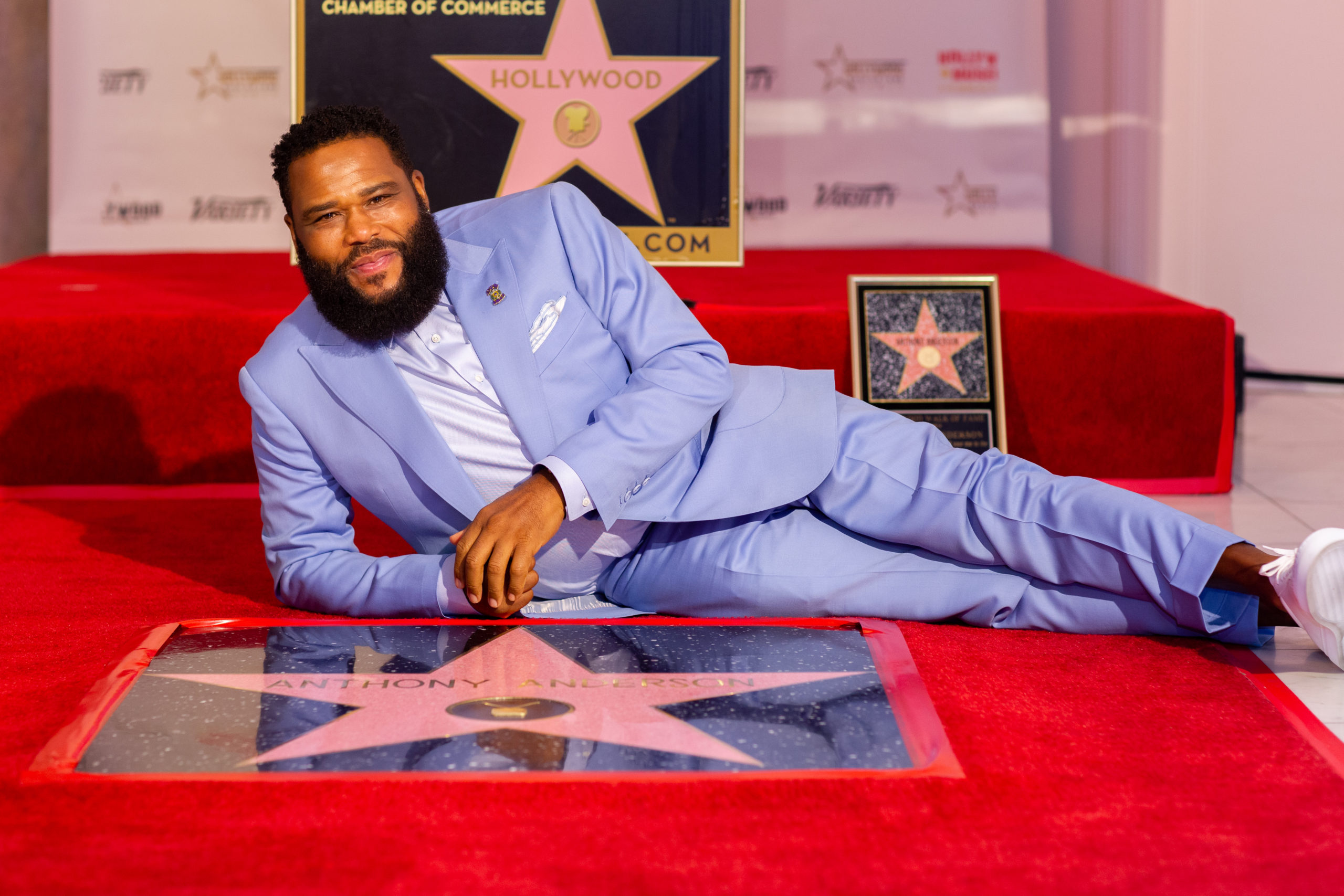 Actor, comedienne Anthony Anderson received the 2,691st    star on the Hollywood Walk of Fame on Friday, August 14, 2020, in the first virtual award ceremony in the Hollywood Chamber of Commerce’s history.

Anderson’s celebrated this significant event with his family and friends one-day before his 50th birthday on August 15th, at the Hollywood Museum, located inside the historic Max Factor building, the make-up artist of the Golden Age of Hollywood. His star is located at 6780 Hollywood Boulevard and Highland Avenue.

The day’s emcee was President and CEO of the Hollywood Chamber of Commerce, Rana Ghadban. Guest speakers were Doris Bowman, Anthony’s mother, a talented actress in her own right, and funny man and Walk of Famer, George Lopez, and Executive Brian Dobbins

Anthony is from the City of Compton, CA and s acting while attending performing arts classes at  Hollywood High School.  He has received 6 straight Emmy and two Golden Globes nominations for  Best Lead Actor in a Comedy Series.

Staying busy, Anthony stars in and executive produces  the ABC  hit show “black’ish”, its spin-offs “grown-ish” and mixed-ishis , and is the the host of another ABC show “To Tell The Truth”.  performed in Norman Lear’s Live in Front of a Studio Audience as George Jefferson in the “ All in the Family” segment.  He has received 15 Image Award nominations and has won six as Outstanding Action in a Comedy  Series.

In addition to conquering the small screen, Anderson has had much success in film too, beginning in 1999 role in “Life”. His memorable role in “Barbershop”, “My Baby’s Daddy”, “Me, Myself & Irene”, “Big Momma’s House”, “Kingdome Come”, King’s Ransom”, “Hustle & Flow”, “The Departed”, “Transformers”, “Small Time Crime”, and  “The Beats” to name a few.

What a great way to bring-in 50, receiving a well-deserved Star on the Hollywood Walk of Fame.

Watch the virtual ceremony below.