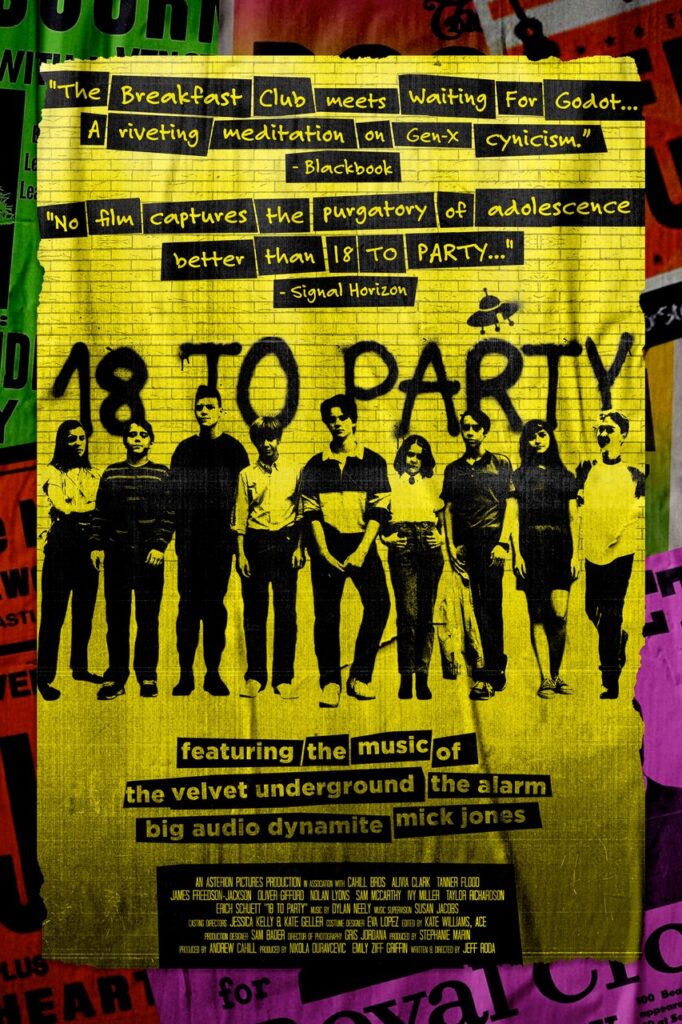 Opens in Virtual Cinemas on November 6
In Los Angeles at Laemmle and New York and major cities on Alamo On Demand, with a VOD release to follow on all major platforms in the US and Canada on December 1st.

AN ASTERION PICTURES PRODUCTION IN ASSOCIATION WITH CAHILL BROS.

It’s 1984 and outside a small-town nightclub, a group of 8th graders gather, grappling with a spate of recent suicides, UFO sightings, their absentee parents, and each other. 18 TO PARTY spans a single evening in the lives of these kids, but manages to transport us fully to a time when waiting for something to happen felt just as significant as the thing itself.

Gorgeously atmospheric, with a pulsating sense of anticipation that steadily builds, the film pulls us into the fears, wounds, and desires of each character, ultimately revealing that hope may arrive from the last place we expect.

The meticulously authentic production design, killer soundtrack, and universally excellent performances recall the spirit of classic 80s teen movies like Stand By Me and The Breakfast Club. 18 TO PARTY is a spot-on love letter to Gen X, awkward teenagers, and the transcendent power of friendship.