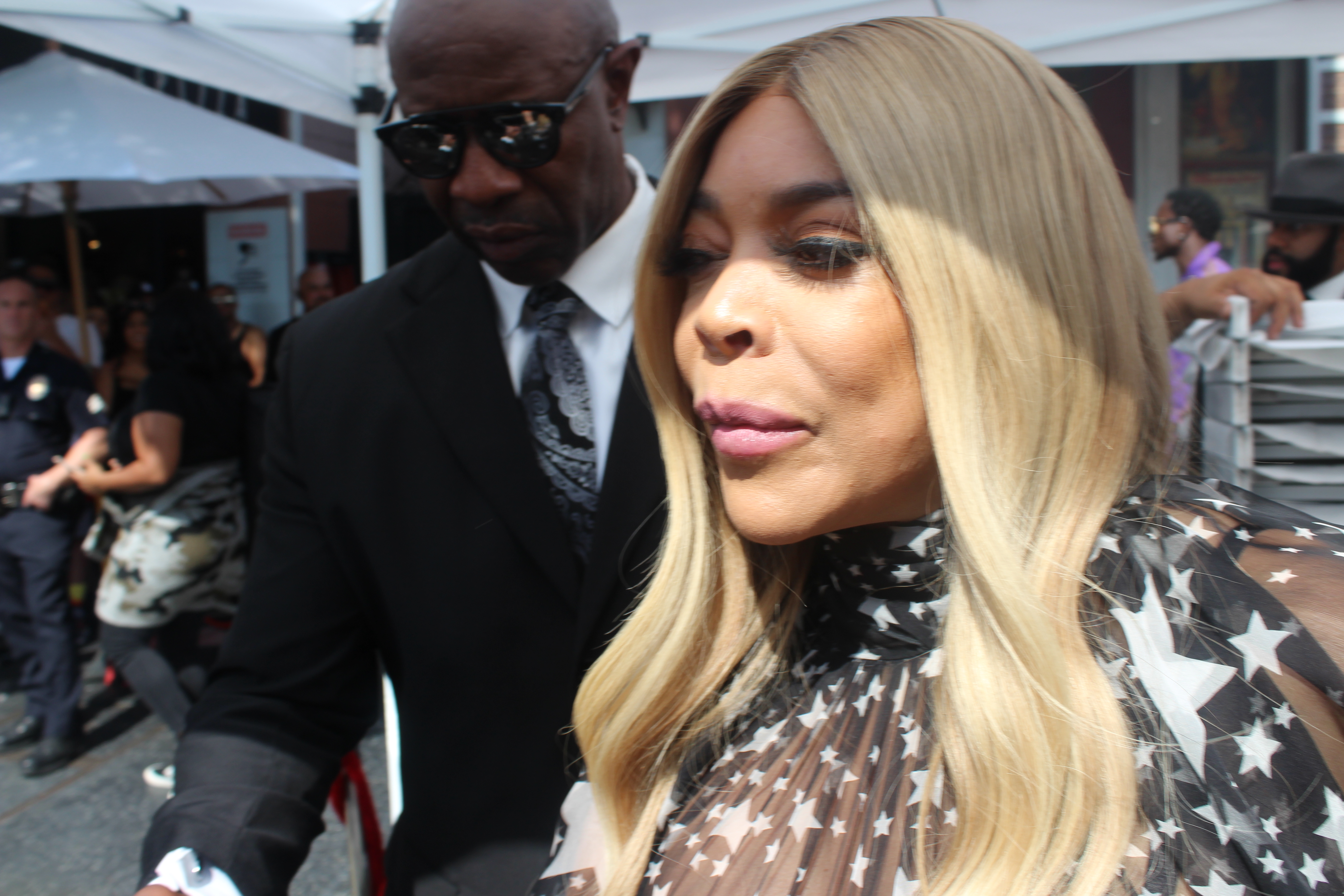 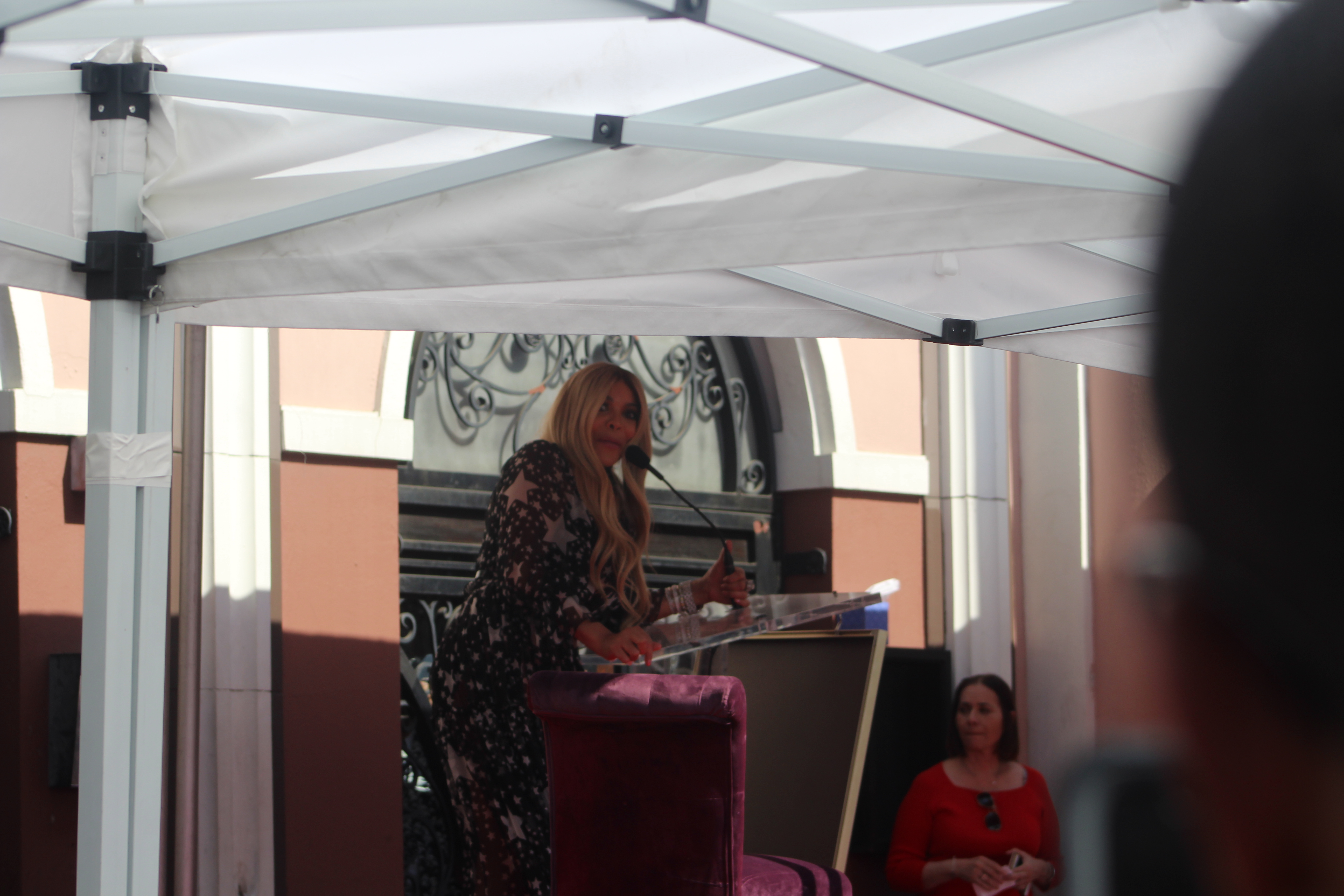 Rina Ghadbar, CEO and President of the Hollywood Chamber of Commerce announced Wendy Williams had the largest  Walk of Fame crowd of the year.

There were Wendy Watchers, that's what  Miss “How you doing” calls them.  They were lined up all across the street and on both side of the her ceremony podium. Wendy Watchers were truly diverse mix of people  and was good representation of America.

When just about everyone else stands up next to those speaking in their honor, Ms. Wendy had her a purple velvet chair on stage. Her s

She had  Heart radio host Elvis Duran, wearing what I call a California Yellow two-piece suit, he came ready to LA, and the CEO of Fox Television speak on her behalf. City Councilman Mitch O’Farrell provided her with a proclamation from the  Mayor Eric Garcetti and the Los Angeles City Council.  Rina Ghadban announced the declaration of  Wendy Williams Day in Hollywood.

Her son Kevin, Jr. , a nephew and her Jersey team was out in force supporting her, including her show's DJ, hair and make, the show’s  head of security and staff.

I must say, her team was on point, including being professionals, well organized and efficient. They took good care on Wendy.

Wendy spoke about being a young girl and wanting to work in radio. She truly is a woman who knew what she wanted and made it happen beginning with her degree in communications, being a college radio DJ and going on to years of radio success and on to dominate television as well.

I must say I admire the professionalism of Wendy’s team from her arrival , the handling her guest, having her purple chair on stage and especially the way they orchestrated her exit, making sure she went down the line and shook her fans hand.

And, know, after over thirty years as a radio and television personality Wendy's Black Girl Magic is being recognized with her very own Star on the Hollywood Walk of Fame.