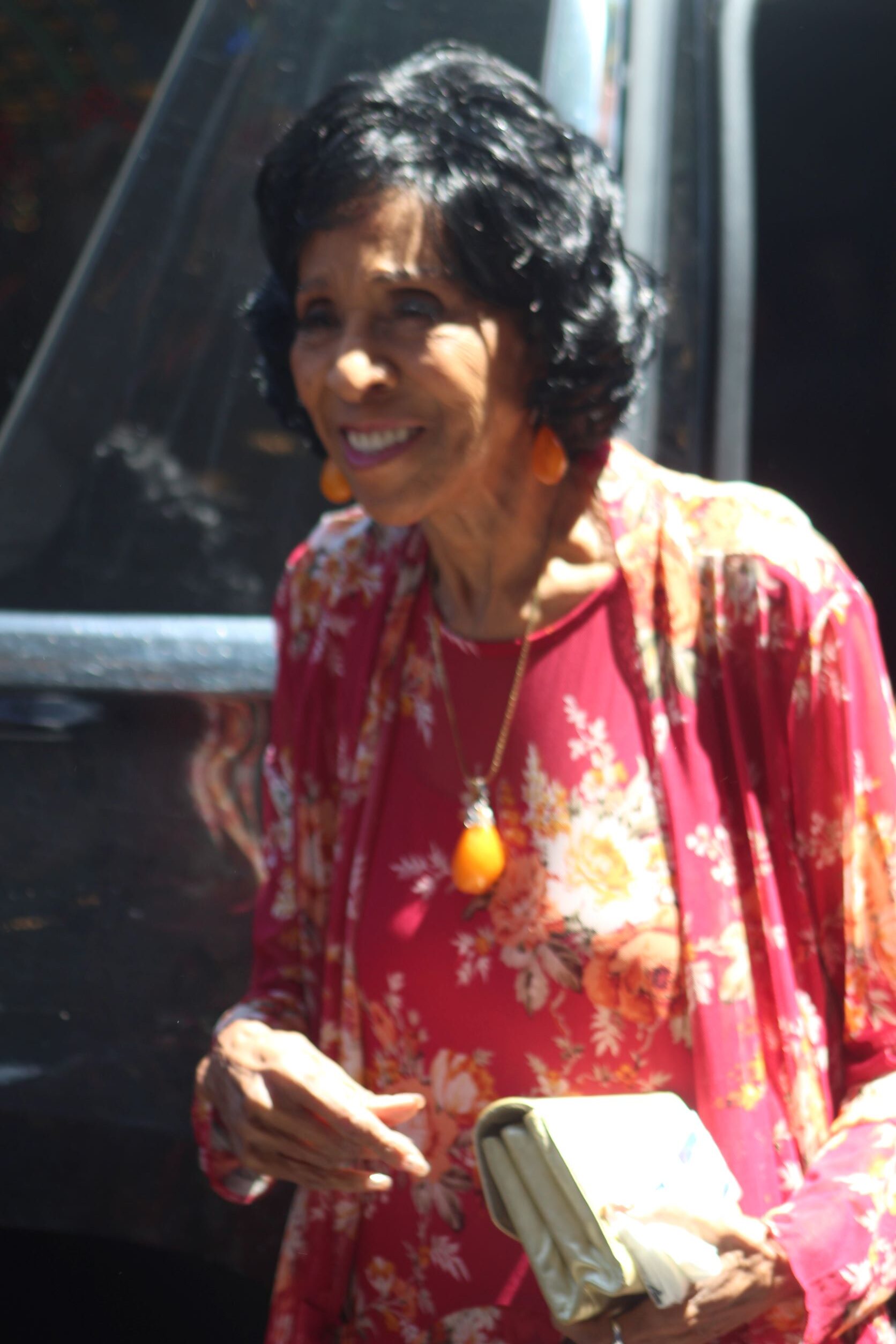 Legendary and iconic actress Marla Gibbs was honored with the 2,698th star on the Hollywood Walk of Fame today.

The emcee for today's event was Rana Ghadban, President and CEO of the Hollywood Chamber of Commerce. And there to help celebrate Marla Gibbs was Mr. Hollywood, Norman Lear and the truly funny and talented Tisha Campbell.

Born in Chicago, Illinois, Ms. Gibbs later moved to Los Angeles, California with her three children where she eventually pursued a career in entertainment.

To prepare herself for her new career she studied at the Performing Arts Society of Los Angeles and took classes at Mafundi Institure and the Watts Writers Workshop.

Gibbs breakout role was as the funny and fiesty maid Florence on Norman Lear's CBS televison show 'The Jeffersons'. After that huge success, she was given the opportunity to bring her original stage play '227' to CBS, where she received credit as Executive Producer.

Gibbs is the co-writer of the theme song for '227' and it is her beautiful voice that is heard singing.

The eight-time NAACP Image Award winner was responsible, along with her daughter, Angela, for bring the Crossroad Theater and Acting school to the community.

Marla was instrumental in providing a place for jazz artist  to showcase the art of music at her renowned jazz supper club 'Marla's Memory Lane.