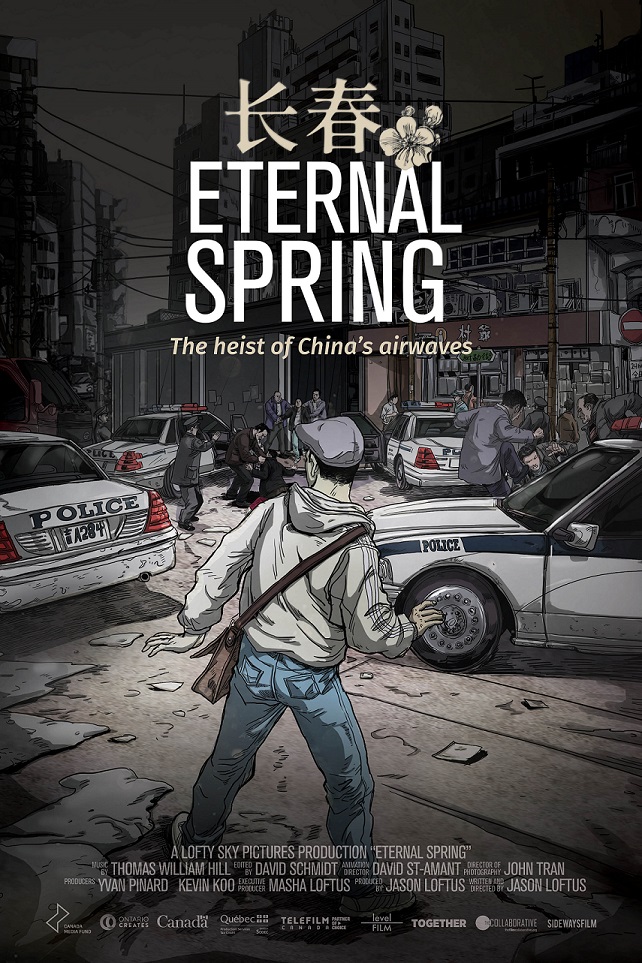 Confronted with government denunciations and human rights violations against their spiritual practice, a group of Chinese activists executes a bold and perilous plan to hack into state television.

“Eternal Spring (長春)” is a multiple award winner, having won the Hot Docs Audience Award for best film and the Rogers Audience Award for best Canadian film, among many others (truly they'd won at nearly every international film festival where they have screened to sold-out crowds).   This extraordinary harmony of animation & documentary has been awarded and acclaimed across Europe in its Film Festival run thus far for its groundbreaking animation – and of particular note, has been its incredible comic-book-style animation that transports the viewer into the brave and heroic world of a group of Falun Gong practitioners. “Eternal Spring (長春)”  with its story of survival at all costs & battle for human rights continues to draw powerful comparisons to beloved Oscar nominee “Flee.”